Starting from Lévi-Strauss (1963), binary oppositions have been considered as a powerful tool to elucidate the fundamental structures of human consciousness, culture, and language. Conversely, in the writings by Jacques Derrida (esp. in 1977), the method of binary opposition was subjected to considerable criticism. The main aim of Derrida’s deconstruction is to transform the traditional binary oppositions of Western discourse and to disclose their asymmetry, changes in the hierarchy of their members, and the transference of a member in the opposition, often in the form of a new and expanded definition. Nowadays the anthropocentric approach in linguistics, which explores the forms of knowledge representation and cognitive mechanisms via language, enables a new opportunity in studying of binary oppositions.

The empirical investigation of binary oppositions US – THEM, LIGHT – DARK, and LEFT – RIGHT in Polish, Russian, and Ukrainian linguacultures are based on the data obtained via the associative experiment conducted with native speakers of these languages and presented in the Associative Thesauri. Associative responses are claimed to be not arbitrary but motivated by hierarchical conceptual structures existing in consciousness of the bearers of the above mentioned cultures and languages.

The responses given by the speakers not only reveal corresponding cognitive domains and their specific traits but also allow ranking them according to their relative prominence for the representatives of particular linguacultures. They unveil both the remnants of ancient semiotic systems in contemporary speakers’ minds and the changes occurring in respective conceptual structures.

Biaspectual are (rare) Slavic verbs which do not distinguish morphologically perfective and imperfective forms. Each verbal form of a biaspectual verbs can be (in principle!) construed either as perfective or imperfective. However, context usually resolves this ambiguity, so biaspectuality can be considered an instance of grammatical homonymy. The traditional view is that biaspectual verbs constitute a very limited and fixed class of native verbs (plus some loan verbs, not well integrated in the native morphological system).

However, recent studies demonstrate that biaspectual verbs are (much?) more numerous than meets the eye and that the whole picture is by far more complicated, both synchronically and duachronically. As for Russian, biaspectual verbs still remain a relatively stable component of its morphological system. The talk will provide several interesting case studies.

Whether Orpheus was a contested historical figure, a mystagogue, or a mythical personification of the poet, the story of his genius, his love, and his tragic death has been connected by ancient sources to Thrace, a region to the south of the Balkan Mountains. This gave Orpheus a special standing in the early construction of Bulgarian national identity, which came into new prominence with the failure of communist ideology and the advancement of Thracian studies in archeology and historiography. The lecture will discuss “Orphism” as the 1980s theoretical counterpart to these developments. It will explore both its political implications in the last decade of the communist regime and its contemporary follow-up in divergent philosophical trends.

The “lexicon novel” Dictionary of the Khazars (Hazarski rečnik, 1984) by the Serbian writer Milorad Pavić and its translation into most of European languages mark the last great moment  in the history of Western European reception of Serbian literature. The remarkable success of the novel within a great readership went along with wide recognition by professional critics, who declared Pavić one of the leaders of postmodern literature and his Dictionary of the Khazars “the first novel of the 21st century”.

Those qualifications derived both from the novel’s plot and its – at the time – somewhat peculiar formal features. The Dictionary tells the story of the strange historical fate of the Khazars, respectively their disappearance from history after converting to a new religion under circumstances that allow only speculation. The novel formally imitates the structure of a lexicon, where narration is placed within encyclopedical entries. Furthermore, it is divided into three “books”, all of which are representing the sources on the Khazarian question from the viewpoint of one of the three Abrahamic religions – Chistianity, Judaism and Islam – all declaring to represent the truth by claiming the religious conversion of the Khazars for themselves.

Dealing with questions about the nature and the epistemological status of truth, Dictionary of the Khazars has been, among others, celebrated as a masterpiece of postmodern historical metafiction as well as a literary manifesto of religious tolerance. However, during the Civil War in Jugoslavia, Milorad Pavić’s work underwent a radical change in reception under direct influence of Western politics towards Serbia on literary criticism. Formerly praised as an author of religious tolerance, Pavić was all of a sudden morally stigmatized as a Serbian nationalist as one of his later novels was purposely misinterpreted as a symbolic representation of Serbian nationalist aspirations. Along with the mentioned novel, the once highly praised Dictionary of the Khazars and his author were expelled from the Western European literary consciousness.

Two main questions arise from the topic described: Can the shadow of politics hanging over the Western reception of Serbian literature ever be removed? Could the Dictionary of the Khazars with its fascinating and provocative focus on truth again become relevant in the context of a Western European cultural tradition, strongly determined by the discourse on truth and epistemology?

In the 19th and early 20th century, southern Siberia became an attractive place for European travelers interested in discovering and exploring this mountain system on the Russian-Chinese frontier. After the Parisian publication in 1842 of Peter Chikhachev’s book «Voyage scientifique dans l’Altaï oriental», this space gained a reputation as «a Museum of wildness in the open air» – nature, aborigines and even Russian officials and colonists of southern Siberia were described by Europeans as typically Eastern. This space was both a space of primeval innocence and poverty, and of barbarous cruelty and cunning.

On the one hand, southern Siberia was a part of the Russian Empire – it was incorporated into Imperial practices, christianized and served as an Outpost of Russia in the region. On the other hand, this land was the habitat of peoples at the lowest stage of civilization. Wild rites, cruel customs and naive worldview of the «children of the mountains» subjected to double oppression (by tribal leaders and by Russian officials) constitute the main feature of the image of Altai, which until the 21st century determines the semiotic status of this Russian mounain frontier.

At the same time, southern Siberia was interesting not in itself, but as a complex barrier on the way to the East: to China, the Kazakh and Mongolian steppes. Based on the book of Chikhachev and travelogues of such English travelers of the mid-19th – early 20th century as Thomas and Lucy Atkinson, Harald Swayne and Prince San Donato, we will see how the Altai mountains were included in the European discourses of Orientalism. 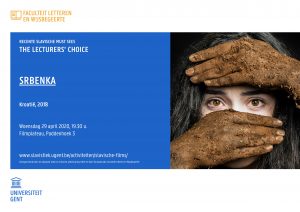 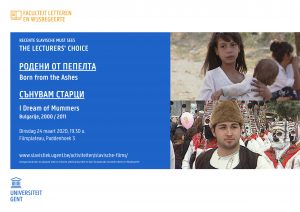 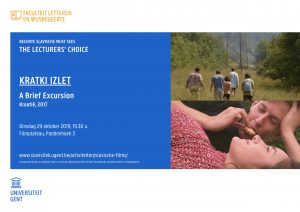